The Guide to Nadi on a Budget

How to Visit Nadi on a Budget

You don’t have to travel far from the airport to get a true Fiji experience. In fact, if you’re in Fiji on a very tight budget or with very limited time, we don’t recommend leaving the Nadi area at all! (Well, except for if you want to do an island day trip excursion, but Nadi would be a great base to do that). Fiji’s third-largest city and international travel hub is a mecca for travellers looking to get some good weather, see some cultural sights, eat some good food and even see some stunning natural attractions. The possibilities are endless in Nadi, which is well facilitated with accommodation for the budget traveller. In this guide to Nadi on a budget, we talk through some of the main the most affordable attractions and areas to explore. But remember, there are still some pricier attractions worth saving for, from ziplining through the rainforest canopy to scuba diving in tropical waters. Check out 12 Awesome Things to Do in Nadi for more activities beyond the typical “budget” ones.

5 Tips for Visiting Nadi on a Budget

Getting Around Nadi on a Budget

Nadi is a city that is spread far and wide, from the beaches of Wailoaloa and New Town to the inland Main St running from the Nadi River to the further inland villages and Sebato Hills. Getting around on foot is not going to cut it. Luckily, public transport in Nadi is extremely cheap, which involves buses, taxis and private drivers.

Getting Around Nadi by Bus

Public buses are plentiful in the Nadi area, where you’ll get all the information you’ll need about where to take buses and their timetables from information centres at the airport, in Nadi and from the travel desk in your chosen accommodation. Trips around Nadi are usually less than FJ$2 and are paid with tickets, rather than with cash. Find out how to pay for Nadi buses in Where to Book Bus Transport in Fiji?

Taxis are a quick and convenient way to get around Nadi. By law, taxis in Nadi need to have a fare meter within Nadi. Taxis will be branded with a “Taxi” sign and “LT” at the beginning of their number plates. Getting around Nadi by taxi is still reasonably cheap, costing around FJ$10 to get between the airport and Main St.

Instead of hiring a car for exploring Nadi, which doesn’t offer great value for money, hiring a driver is your best option if you want the convenience of your own car without the driving and the high rental rates. Drivers can often be organised with your accommodation. Prices, however, need to be agreed on beforehand, as they do not use fare meters like a taxi. Expect to pay FJ$90-140 a day for a driver.

Shuttle to Your Accommodation

On one last note about transport, most Nadi resorts and accommodations offer free airport transfers so always inquire first before booking a taxi or taking the bus!

Find out more about getting around in 6 Ways to Get to Nadi (& Get Around Nadi).

Nadi is a widespread city with plenty of free and cheap attractions to see. Check out some of the highlights below or check out 10 Free & Cheap Things to Do in Nadi for more recommendations.

Just outside of the hustle and bustle of Main Street in Nadi Town, the Sri Siva Subramaniya Swami Temple is a gloriously colourful structure definitely worth adding to your sightseeing itinerary. Admission is around FJ$5 where you will be given a sarong (sulu) to cover your legs, remove your shoes and explore the carvings and paintings of Hindu deities around the temple. While it’s acceptable to take photos outside of the temple, you are asked not to take photos inside.

Nadi’s shopping scene is where you’ll find the melting pot of cultures in Fiji the most evident. Fijian crafts, Indian fashion, polished Western-style souvenir shops and more can be found all along Nadi’s Main St. Needless to say, souvenir shopping is made pretty easy here, with the option of large souvenir outlets like Jack’s and Tappoo selling mass-produced souvenirs to the alternative shopping experience of the Nadi Handicraft Market. We recommend shopping around first, as many souvenir stores will sell the same items at different prices. Finally, the Nadi Market is where you’ll find fresh produce and get to mingle with the locals! Buy some tropical fruit and vegetables and ask the stall owners how to prepare them.

Garden of the Sleeping Giant

Visit Fiji’s largest collection of orchids and walk among the lush tropical forests of the Garden of the Sleeping Giant. Located in the Sabeto Foothills, a short taxi ride from Nadi, the Garden of the Sleeping Giant entry price remains under FJ$20 to explore this little piece of tropical paradise before sitting down to a refreshing fruit drink at the end of your visit.

At around FJ$30 per adult, the Sabeto Mud Pools, located near the Garden of the Sleeping Giant, are a great way to experience real “Fiji time” pampering on a budget. Lather yourself in thick mud, let it dry on the skin, then bathe in numerous natural hot pools around the complex. This tourist attraction is organised by the local village, often with food, massages and souvenirs to purchase too.

A quick pitstop for a great view overlooking Nadi Bay is the Lomolomo WWII battery at the foot of the Sabeto Mountains.

Although it’s not the perfect white sand beaches Fiji’s outer islands are known for, Wailoaloa and New Town Beach are Nadi’s version of beach time in Fiji. Both areas are packed with resorts, most of which are budget resorts but are well worth considering as a base for exploring the Mamanuca Islands and the surrounding Nadi area. Boat excursions, particularly with the Mana Flyer, depart from the resorts at Wailoaloa Beach, giving you the opportunity to visit some of Fiji’s paradise islands without paying luxury prices. Check out 5 Ways to Get to the Mamanuca Islands for more information.

Dining in Nadi on a Budget

Eating the local cuisine is all part of the cultural experience of visiting Nadi. What’s more, it’s especially easy to eat on a budget in Nadi. For Western-style food, pick up a refreshing smoothie, coffee or baked good from the Zigzag Cafe for around FJ$5, or a ridiculously cheap and delicious curry from one of the many curry houses, like Tata’s, for around FJ$4 a main meal. Mama’s Pizza is also worth trying for their wood-fired delights under FJ$20.

For more recommendations, check out more Cheap Eats in Nadi.

Take a look at our top picks in 10 Best Budget Accommodations in Nadi.

Was this article useful?

Take a look at our top picks in 10 Best Budget Accommodations in Nadi.

The Wedding & Honeymoon Guide to Nadi

The Guide to Nadi on a Budget

12 Free & Cheap Things to Do in the Mamanuca Islands

10 Tips for Visiting Taveuni on a Budget 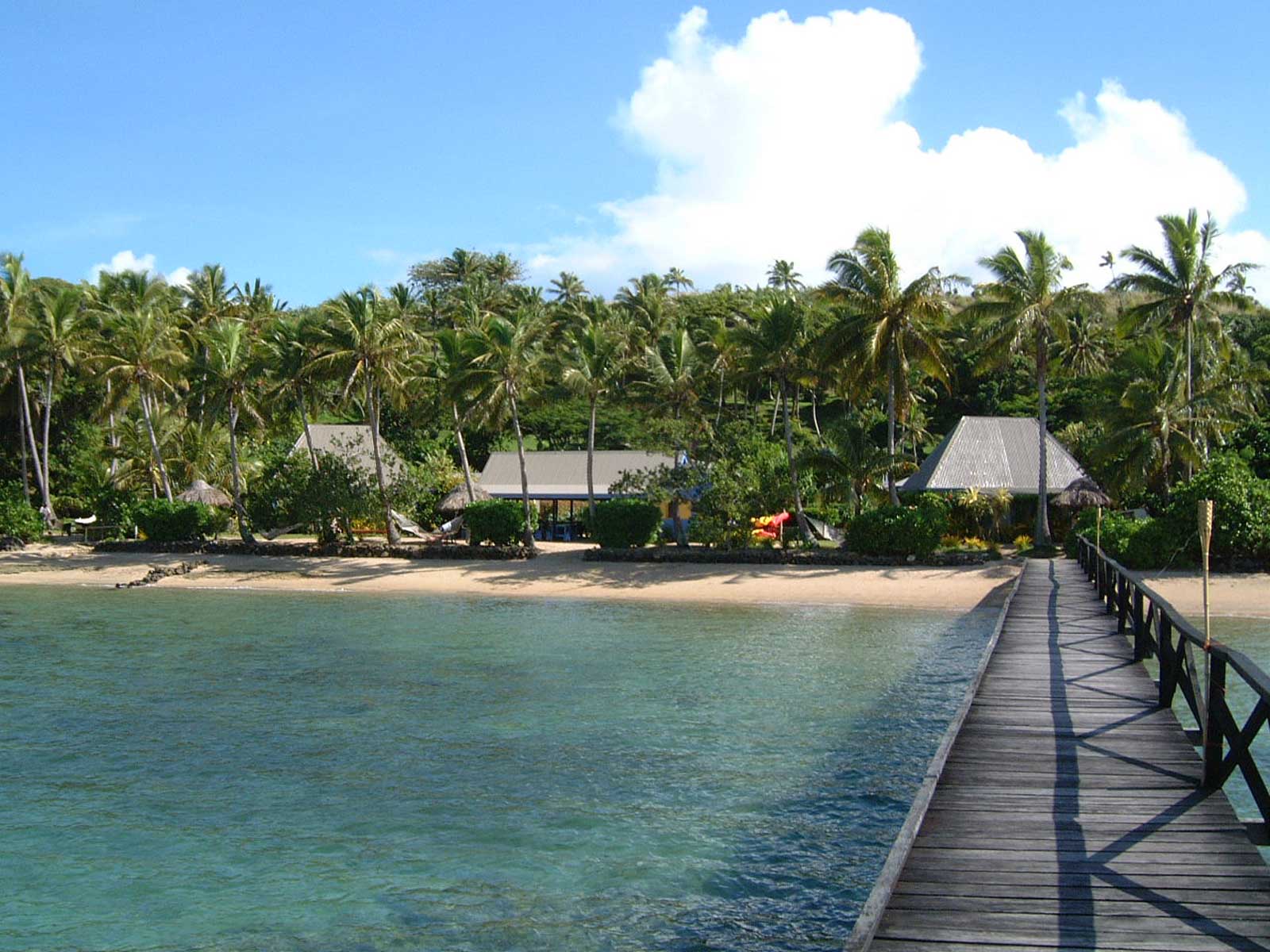 10 Free & Cheap Things to Do on the Suncoast

The Complete Guide to Viti Levu

10 Romantic Activities in Fiji for Couples